Essena O'Neill is a 19 year old Australian who had over 770,000 followers on her social media platforms. Essena had posted a video to her YouTube channel, which had over 1 million views before she closed her account. Essena's video highlighted the negative impacts social media has had on her personal life. She pleaded that 'social media is not real life' & came out & admitted to her fans that although she appeared to be living a 'perfect' life' she was deeply unhappy. 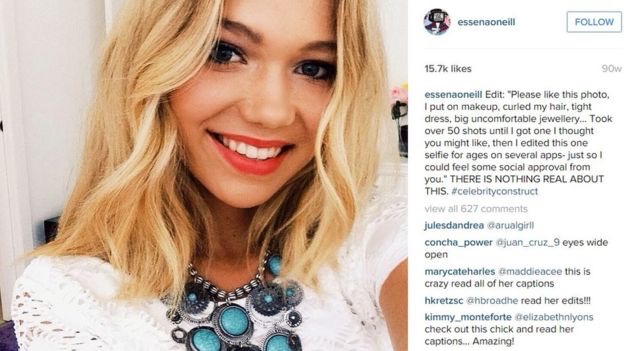 First I want to address that idea of having a negative impact upon our lives. We get to upload what we want others to see & that's generally the happy stuff right? While that's perfectly fine, we have to remember no matter who we are, how many followers we have, there is someone out there looking up to us & admiring everything we do. I believe that it's important to show the good & the bad. I mean at the end of the day, does anyone have a perfect life? No. They may have what seems like a perfect life, due to posts on social media or whatever but this isn't always the case. We are only seeing a very small part of that persons life & that's so important to remember. We're humans, we're going to have the good days & the bad, it's just is apart of life & I think that it's super important to accept both. If you follow me on my social media platforms, you'll noticed that I do try & stay as positive as possible however if something annoys me, if something goes wrong with my day, if I want to voice my opinion about something etc, I'm not just going to hide completely from social media at this point. I went through a time where I thought my feelings, no matter what they were; happiness, sadness, anger, frustration etc, we invalid & that they didn't but in a matter of fact they do & my social media just like my blog is, is a way for my to expresses those feelings, opinions, views & beliefs. Like I said earlier, it's important to remember that what you see on social media isn't alway what it's like behind closed doors. 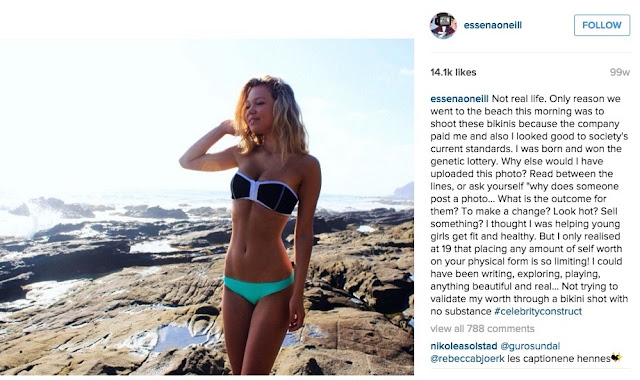 Essena also made a comment about social media being fake & not real life. In my opinion this isn't absolutely a hundred percent true. I say this because although there is people out there who might be using social media for the wrong reasons, or who might be 'fake', there is also a huge amount of us like myself who most definitely not fake. Yes there are going to be people who will promote products that they don't really like or talk about 'experiences' that never really happened or whatever but it's so important to remember that with every fake person on social media there are, lets say, 100,000 of us who aren't. You know what I'm trying to say? Try not to let precious past experiences effect your own personal thoughts, opinions, feeling towards something or someone. I'm someone that needs & likes to find out things for myself. You could tell me how much you disliked a particular makeup product but at the end of the day if I want to try it & give it ago then I will. I just think that a lot more of us need to be true to yourselves when it comes to social media. I want to briefly talk about negative & hateful comments because let's be real, we all get them. I honestly think the one & only thing to do to the haters is delete the comment & then block the user. No one ever, ever, ever should have to put up with nasty horrible comments. It's bullying & it's disgusting. Like, if you don't like what they are posting on their social media you don't have to be following them, you don't have to be looking at their posts, you don't have to be subscribed to them on YouTube, you don't have to watch their videos, see the pattern here? They aren't making you follow them or whatever. If you don't like them cool, no body has to like everybody but that still doesn't give you any right to be commenting on the social media & in their comments horrible, nasty shit. Honestly I don't get it, just don't do it. They good ole saying goes, "If you have nothing nice to say, then don't say it at all."

At the end of the day, yeah social media has it's good & bad moments but what doesn't. It also comes down to the user, the particular person using it. Just remember if you're finding yourself not liking someones content then just unfollow them, don't be posting nasty comments, it's pathetic & it's low.