For those of you who don't know I have do have a kitten & I thought that I would do a quick we post to introduce her to those of you who haven't met her yet. She's is the cutest thing ever & I've had her for about a month now however since I adopted her from a local family who found her, I believe she's about two months old. Sylvie has grown so much since we've had her, she's really grown into her little body & she's got a great wee personality. 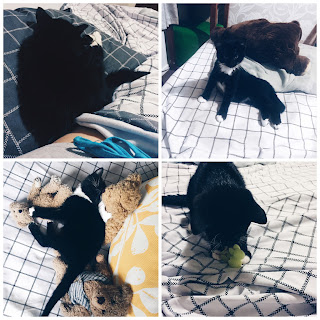 Sylvie has one of the cutest personalities & she's incredibly playful. Although she likes to wake us up durning the night it's usually just because she wants cuddles. She loves the attention & follows me around constantly, as you can see from some of the photos. She plays well with my other cat Scooby which makes me incredibly happy & I think it's great that she has her older brother to play with & to look out for her. She can still be quite timid around people she's not particularly use to but I think that's just to be expected. 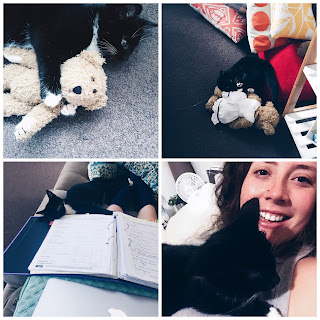 I love my little baby girl hugely & it feels even better to know that I was able to adopt her & give her a warm loving home. Hope you don't mind this wee post about Sylvie, I thought it would be good to post something a wee bit different. I have a few product reviews & posts on other bits & pieces over the next few weeks.

LATEST BLOG POST JUST IN CASE YOU MISSED IT;
http://msbonni3ellen.blogspot.co.nz/2016/02/breaking-habit-of-comparison.html