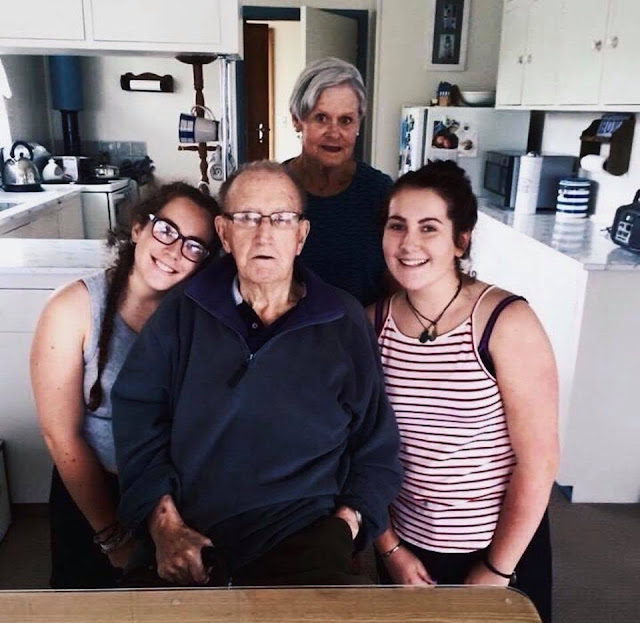 "The beautiful irony is that our loss is another reunion." - Unknown

I've been doing these posts for a wee while now. Two years to be exact & I think this will be the last one. Not the last time I talk about grief because I think we should all be talking about & more often too. But these posts were a way for me to keep the memory of my Grandparents alive & don't get me wrong, I'll still be doing that in various other ways but I just think it's come to a time where these posts just aren't the way to do that anymore. In saying that though I'm sat here on the 2 year anniversary of my Nan & Pop's passing & I'm going to write my final last post like this.

Experiencing the kind of grief I have over the last two years has taught me incredible amounts. I just wish I didn't have to lose my Nan & Pop to learn those things. Don't take time or people for granted. I could tell you that over & over again but it's not until you lose someone that you really learn to appreciate the time & people you've lost. My biggest advice to you today is don't let it be too late. With the grief, you don't want to have to deal with regret as well.

Grief hurts. If you're hurting because of grief, don't let it destroy you, let it teach you & let yourself grow because of it.

By bonnieellenxo at March 05, 2019
Tags Lifestyle