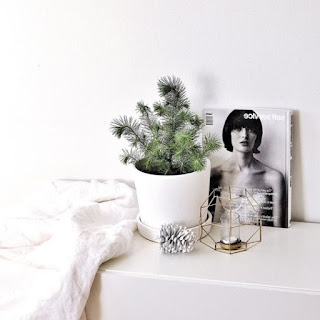 
Yay for my second 'Love List' post. If you haven't seen my last 'Love List' post I'll link it so you can have a look at what it's all about. Lets jump right in with a few of the random bits & pieces I've been loving recently.

APP
I'm constantly listening to music whether it's while I'm in the shower or getting ready for the day. Apple Music is something I've never used before until this month as I pay for Spotify but since they were offering a free three month trial, I thought that I would give it ago & see how I like it! So far, I really do like it, I mean I don't think I've been using it long enough to decide which one I prefer yet, whether that be Apple Music or Spotify but I'll let you know at a later date! I definitely don't think you need both but that's entirely up to you!

PODCASTS
Instead of mentioning a book in this 'Love List' I thought I would mention my favourite Podcast as of recently. Aileen has a YouTube channel, a blog & to me, she is one of the most inspiring people I know of. Aileen has recently created her own podcast & I couldn't recommend them enough. You can search 'The Lavendaire Lifestyle' in your podcast app if you have an iPhone or I also believe she has them on SoundCloud. If you decide to check Aileen out, with that be her social media, BLOG, YOUTUBE or PODCAST, let me know what you think!

FILM
50/50 was a film that my Mum & I came across on Netflix & it was a film that we both really enjoyed! It's a 2011 American comedy, drama film which is directed by Jonathan Levine, written by Will Reiser & starring Joseph Gorden-Levitt, Seth Rogen, Anna Kendrick, Bryce Dallas & Anjelica Huston. Adam starts experiencing harsh back pain & he learns from a doctor that he has a cancer tumour. It's basically based on Adams journey & the friendships he makes along the way & how he faces some of the most challenging things he'll face in is life. I think what I enjoyed most about this film is that although the story of quite sad they're a regular bits of humour put into the film. I recommend checking it out if you can!

TV SERIES
One of my favourite TV series has just come back on here in New Zealand. It's called 'Sensing Murder'. It based on unsolved murders & they bring in two physics to help solve the murder. Each episode has a different murder case & generally different physics or a different combination of physics & I just really enjoy it. I believe that what these physics, see, feel & the fact that they are able to talk to them, I believe it's a hundred percent real. I actually went to a Kelvin Cruickshank event on Sunday night. Kelvin is a physic medium from New Zealand & is well known for being on 'Sensing Murder'. The event was two & a half hours & he sat on the stage & just talked between spirits & passed messages from them to us. It was so incredible to watch him do, it was my first time experiencing something like this & I would definitely go back to something like that again, I was just blown away! And I'm so excited for the brand new season to come out!

SONGS
I've been really enjoying a couple of songs lately & the top two probably have to be, 'When We Were Young' by Adele & 'Pillowtalk' by Zayn.

BLOGGER
Again, I'd like to do a separate blog post so a bunch of my favourite bloggers & I might make a it a reoccurring things here on my blog & the same with idea with the YourTubers! I think it's great to be able to share my favourites with you but not only that, but also to just to share the love & support from one another & there is a such huge amount of talent online & I want to be able to share that with you all. But I thought I'd mention the one blog that I have been loving specifically recently! I'd love if you checked out Georgia's blog & let her know I sent you!
Georgia / heygeorgiegirl: http://www.heygeorgiegirl.com/

INSTAGRAM
Instagram is a online platform that I think most of us use a lot of the time. I'm someone who loves taking & editing pictures but also gathering inspiration from others. I've been wanting to change up the way I edit & display my photos for my Instagram so I've been searching & gathering inspiration from others. These are just a few of my favourites!
Dani Lauren Smith / LoveDaniLauren: http://bit.ly/1Xmw3bp
Rachel Beedell / copper.and.kohl: http://bit.ly/207QQi2

FOOD
Recently I have been really loving raspberries. I love raspberries all the time, all year round but know that it's getting into the colder months it's just impossible to get your hands on fresh berries but thank god for frozen berries! You can put frozen berries in smoothies or even put a few with some yoghurt & make a cute little dessert!

QUOTE
"In the world through which I travel, I am endlessly creating myself."

Let me know in the comments what some of you favourite things are of the moment! I'm always willing to give new things ago!